All YQ human cremation systems use the most advanced flue gas treatment system design to ensure that they comply with all important international regulations.

The core of our flue gas treatment system is an efficient dry gas abatement plant, which contains a bag or ceramic filter chamber and a storage/feeding system for the lime/sodium bicarbonate and activated carbon filtration system, which is stored in gas handling systems in bulk containers or adjacent silos.

The gas generated during the cremation process is injected together with the YQSorb mixed reagent. Generally, sodium bicarbonate effectively neutralizes acidic components-including sulfur dioxide and hydrogen chloride. Activated carbon will adsorb any heavy metals and dioxide. YQsorb reagents are available in a variety of variants to meet specific requirements, thereby protecting the system from future regulatory changes.

As an additional protective measure, any dust generated during the combustion process and any used flue chemicals are collected on the abatement plant filter.

These residues can be periodically released from the filter by compressed air so that they can be transported in a sealed container for disposal.

To ensure compliance with the European Union’s Waste Incineration Directive 76/2000, the exhaust gases will pass through a dry gas abatement plant.

This will include a bag or ceramic filter chamber and a reagent storage/feeding system.

The gas leaving the energy recovery plant will be injected with lime or sodium bicarbonate and activated carbon, which is stored in bulk containers or silos adjacent to the gas cleaning system.

In the gas stream, lime/sodium bicarbonate will react to neutralize the acidic components in the gas stream, such as sulfur dioxide and hydrogen chloride, while the activated carbon will adsorb heavy metals and any dioxins.

The dust generated during the combustion process and the used lime powder/sodium bicarbonate powder and carbon will be collected on the filter of the abatement plant.

These residues are periodically released from the filter by compressed air so that they can be transported to a sealed container for disposal. 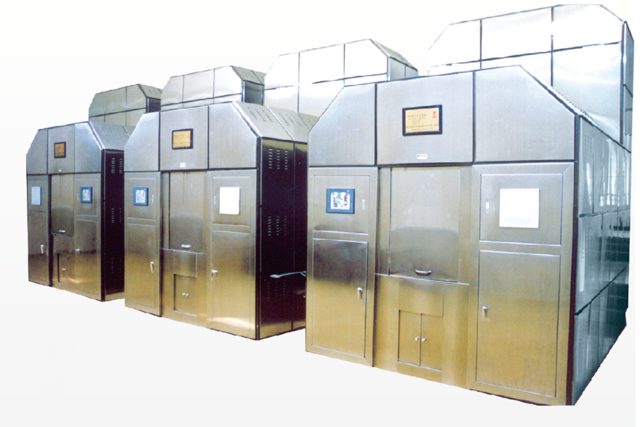 The development of the YQ human cremation system utilizes the technical knowledge and manufacturing expertise accumulated by Chinese, European and…